It's becoming a blur 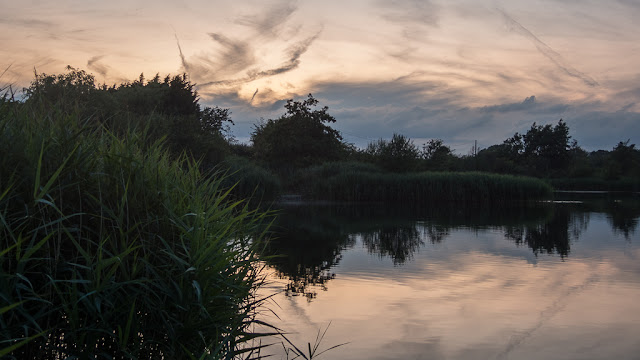 The weather's been a bit up and down since the 'heatwave' ended, during which my enthusiasm for eel fishing was diminished because it was too hot to think, let alone move. One decent eel does not a summer make, which was why I have been trying to get in more short evening sessions after the slippery customers. Fishing from eight until I've had enough suits me these days, and as I avoid rainy days I can travel sans brolly to keep the weight down. If I didn't keep a diary of sorts it would be difficult to remember the sequence of events when fishing every two or three evenings. Diary's, even when a mere list of fish caught on given dates, keep you straight when recounting tales of good catches. Without them unwitting exaggeration and embellishment are all too easy. Diaries and accurate scales (with correct weighting techniques) might be why I don't catch as many monsters as some people. I suppose there's also a (slim!) chance that I'm just not very good at catching big fish...

After putting two eels in the sling in on session the temptation to fish the same swim again was strong. I managed to resist it and fished a different swim but casting to the same general area on my next outing. I was stocked up with a bulk supply of worms and had taken a couple of deadbaits along to put out on a third (matched) rod.

It took less than an hour to hook the first eel. A bootlace. Ten minutes later a slightly bigger one was landed. Both worm rods, fishing legered and off-bottom rigs, were getting action. The inevitable twitches and pulls. It wasn't until well after ten that I managed to connect with any. Two more small eels. I gave up just before midnight.

A few days later I was back, in another swim close to the same area but covering more open water. The baits had only been in position for ten minutes when the legered worm was taken. One of those absolutely unmissable runs with a 'resistance shy' eel making the baitrunner spin like fury. There was nothing there when I struck. How do they do that? It's easy to think it's small eels that haven't got the hook in their mouth but have hold of the worms. But... 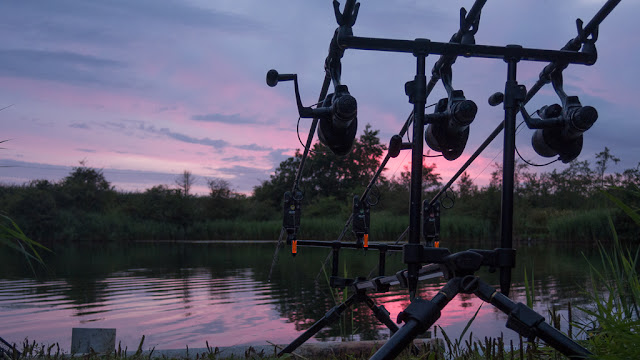 More takes ensued, of varying degrees of aggressiveness. I moved the baits around to cover features and open water. At ten to eleven there was a steady take, after some twitching, to the off-bottom worms fished out in no man's land. This time the strike was successful. The resistance on the end made me ready the net. Sure enough the sling and scales were called for, although the eel wasn't as large as it had first felt. A tiny bootlace which messed up the leger rig just before midnight decide me to call it quits.

Two nights later I arrived to discover that my worm tub was still at home. That meant either giving up or going back for the bait. As conditions felt right and I was feeling keen I made the round trip with plenty of time to get set up before dark. I had a change of scenery and fished a different area. One bootlace just on dark was all I had to show for it despite many plucks and runs and staying on until quarter to one. It was back to the previous swim to cast to different areas a couple of days on.

This time it didn't take long for the worms to get attention. Even so it was almost ten thirty before an eel was landed. Another bootlace to the leger. Using worms does mean lots of attention from small eels. But at the moment the deadbaits I'm using aren't getting any attention. A very occasional single bleep on the Delkim, but that's about it. Perhaps it's the bait selection? A slightly larger bootlace which tangled my rig a few minutes after midnight decided me that it wasn't a big fish night. Well, it seemed like a good enough excuse to leave.

There hasn't been much in the way of wildlife activity on these sessions besides the grown mallard brood. Every so often a reed warbler will fly across the front of my swim or a moorhen will show itself. Dusk usually sees a small group of swallows and martins pay a visit as they head off somewhere to roost. The starling flock grows slowly as it drops in to the same reed patch each evening between eight and nine. On the sultry evenings a brown hawker will call by to feast on the midges hovering over the reed tops as the light fades. 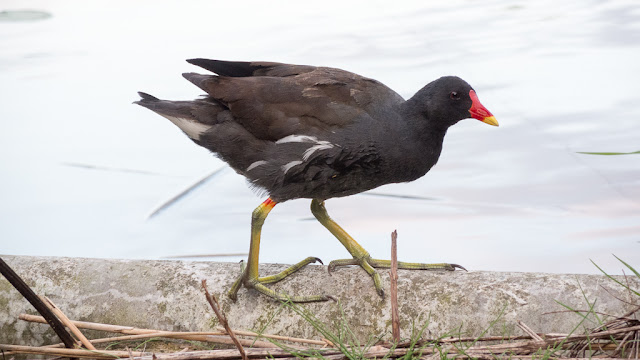 All those bait nibbling bootlaces had diminished my worm supply, so I went for fresh stock yesterday. The forecast after the wet weekend was fairly good. The day had been warm and dry but there was a chance of rain after midnight with more to come midweek. I took the gamble. Swim choice is always difficult. There seems to be a weight of opinion that fishing the same swim time after time for eels only produces diminishing returns. I wonder if they are like pike in that the biggest fish on a spot can often be caught first, followed by the smaller ones? Is it worth going back to swims which have produced small eels initially in the hope bigger ones might move in, or are there small eel swims?

Stuck for ideas I returned to a swim from a few sessions earlier which had given me bootlaces. One which had produced a couple of decent eels for me a couple of years ago. After retying my trace knots - something I always do when using mono main lines - and re-jigging my off bottom rig which got slimed on my previous session I was in action by eight thirty, tucked in the reeds out of the breeze.

Action was slow coming. When I heard a carp crash out I started thinking about an overnighter with the bolt rigs. The first take to the off bottom worms at ten fifteen put an end to that nonsense. Fifteen minutes later there was some drizzle. I checked the sky behind me and it looked like the wet stuff wouldn't last long. It didn't.

While there wasn't much activity I was getting takes to both worm rods. Mostly dithery lifts and falls with one take to the leger which took line. Briefly. There's nothing like a tub full of worms to keep me refreshing the hookbaits. I'm sure fresh worms are more attractive than limp ones. Many times I have had teh bobbin pulled from my fingers as I try to set it after a recast. How eels home in on worms like that I do not know.

It was half past eleven when the legered worm, on a long cast, was picked up and the bobbin twitched up then down. After a second or two it lifted again and the spool spun. I had been poised ready and struck. Mild panic ensued as I couldn't think which side of the rod pod would be best to place the net. I don't like pods but few swims are stick friendly on this water, and many swims are quite tight too. Apod is also quick to set up for short sessions. When I have the room and soft banks it's individualy sticks every time.

The eel was starting to feel less impressive as it got closer. At one point I thought it had shed the hook. However it had done that eel tick of swimming towards me. This can be a real bugger if it happens at the net. I kept winding and reconnected with the fish on the surface. Then the fun of getting it in the net began. The cobbled together 50 incher is a lot easier to use than the old 42 inch job. Eels can still manage to avoid it at the crucial moment though! but not this time.

Another one which had shrunk by almost half between being hooked and netted it was still worth a weigh and a photograph. 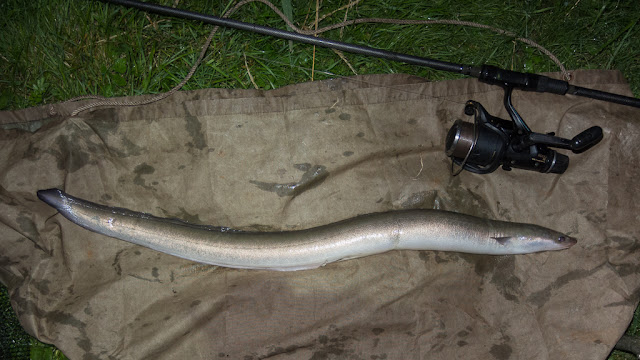 The hook had got stuck in the net and the trace cut so it was a few minutes before I had that rig back out. The other two rods had been knocked during the netting procedure owing to the narrow swim. They got repositioned. By the time all was back in order and I was sat down again I heard rain starting to sizzle in the reeds. I checked the sky once more and this time it looked black over Bill's mother's. Time to pack up and get away before I got soaked.