Something in the air

Maybe it was the way the sun was sifted through the clouds or the stillness and warmth in the air making it feel more like early spring rather than early winter that got me gathering my pike gear after lunch. For the first time in ages I actually felt like I needed to go fishing. To my surprise I had the place to myself. Apart from the huge flock of fieldfares which flew up from the hawthorns surrounding the car park when I arrived.

On Saturday damp feet had reminded me there was a pair of boots waiting for me in the country store and I'd been breaking them in ever since. Despite the boots feeling pretty comfortable this had resulted in a rather large blister on one big toe. I wasn't fit to walk to a distant swim so hobbled to one in sight of the car which had been good to me in the past. 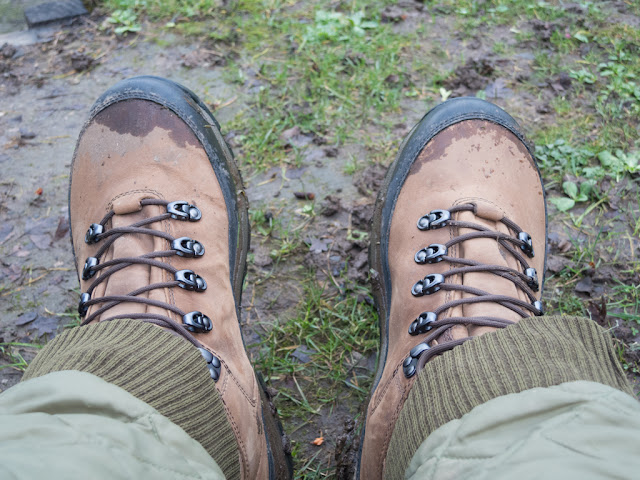 After a freezer disaster during the summer I hadn't much choice in the deadbait trays. One pack of lamprey and one of small blueys would have to do. Two baits I have confidence in as it happens.  Half a lamprey was dropped in the margin to my right and a bluey to the left. Then I set about tying on a new trace to the third rod. This was rigged with a lamprey head and cast out to a feature. All was quiet and still.

Save for some bubbles repeatedly appearing just out from my right hand bait nothing happened. With it being so mild I wondered if bream fishing might have been a better idea. After an hour I moved. 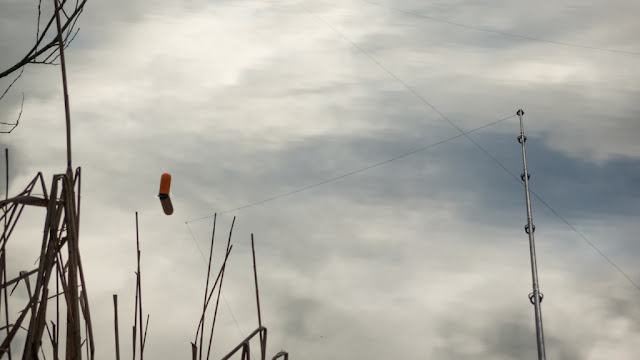 The same baits were spread around the swim. The banker lamprey head was dropped next to the banker overhanging bush. That would trundle off when the light faded. Another hour later I repositioned the left hand and middle baits. Half an hour on I did it again. There was no fishy activity to be seen.

The fieldfare flock returned, flew overhead. Perched briefly in some tree tops. Then disappeared. From the reeds at the side of my swim came the angry churring of a blue tit and a higher pitched call. A small bird-shaped silhouette materialised. Smaller than a blue tit with a finer, more pointy beak. It flitted across my swim into a hawthorn and I realised it was a goldcrest. The first I've seen at the water. It was soon gone. The blue tit quietened down too.

It was still mild when the orange of the floats faded to grey and eventually to black against the water surface. Three hours and no pike activity. Head torch on and time to head home to fill my rumbling belly.

In some ways it had been good to be back by the water. Being increasingly impatient as I get older a fish or two would have made it even better. At least the gear is now ready to go as the whim takes me. That excuse has been eliminated! I might even stock up on bait.