Despite the temperatures remaining high there's an obvious change in the seasons going on. It feels like high summer, hot days and sultry evenings going into dark. But that dark is arriving earlier and earlier every day. On Saturday sunset was around twenty to eight, tonight it was not quite twenty five past seven. All this means is that for my last couple of hour eel sessions I'm having to set out sooner and sooner. The eels don't seem to care and are still feeding.

Saturday's session was one of frustration caused by pinched baits. How they get the baits off the hooks when I have a piece of cycle inner tube holding them on is beyond me. But they manage it some how. even so, getting a few takes made me keen to get back, but events conspired against me until Wednesday. Sunday I was pratting about editing photographs, Monday was scuppered by work and Tuesday the rain put me off.

I'm not sure why I fished a different swim when I did return. It was close to where I'd had the baits stolen, but allowed me to cover more water. Seeing s the fishy bait had got more attention than the worms on Saturday it was one worm, suspended, and two legered deads. The Archers had not long finished, with plenty of daylight left, when I got a positive run to the right hand deadbait rod. The strike connected and an eel was netted, unhooked, weighed and released. Not a big fish but not a bootlace either. 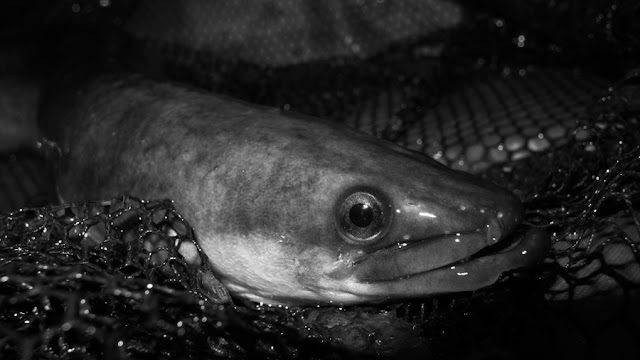 At ten to eight I had a run that stopped, and after a pause I wound in a bare hook. Again. With the moon on the rise and almost full I wondered if the bootlaces were active. A very twitchy set of goings on to the worm rod, which also revealed a bare hook when the activity stopped and I was sure it was tiny eels on the prowl.

It was when I began to pack up that the fun began. Dropped runs to the deadbaits and one to the worm all in the space of a few minutes. Hearing some line come off the reel as I picked the last rod up to lay on the ground as I put the sticks away I thought it was just me moving the rod. The line kept going when I let go of the rod. The strike met with thin air!

landing just the one eel I felt the same swim might be worth another try this evening. There was still plenty of water that hadn't seen a bait, so I tried to cover that. Once more action started early. It was only ten past seven when the bait cast out the furthest got molested. A series of tiny twitches and short pulls that came to nought. Apart from an eel getting a free meal. Twenty minutes later there was a repeat performance. 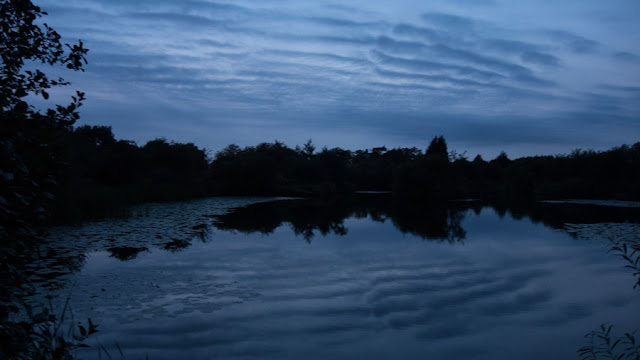 Half an hour later the same rod was giving me the pinched bait treatment. Fifteen minutes after that I hooked an eel to a bait in the same spot. It looked and felt about the same size as the one from the previous session, but I'll never know for sure. It fell off at the net. At least it gave me confidence that it wasn't tiny eels annoying me. After rebaiting the hook I cast the bait slightly closer in. Rightly or wrongly I didn't want it back in the same spot I'd hooked and lost an eel from.

It proved to be a good move as the bait was quickly taken and a positive run ensued. And I connected with the culprit. This one unhooked itself in the net and proved to be a bit bigger than the one from the evening before. Then it was time to leave. 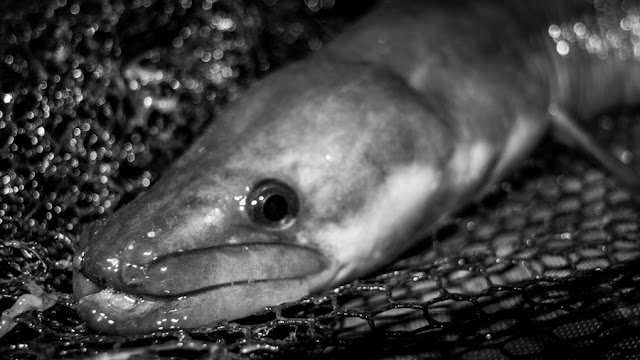 Tomorrow is looking doubtful for a session as I'm off to the PAC Convention in Kettering early on Saturday morning, which rules out Saturday evening too. Looking at the forecast the hot spell is starting to cool down. With a bit of luck there might still be eels on the feed for another week or two though, although it's getting towards the end of eel season for me. But maybe it's the time for a biggun? 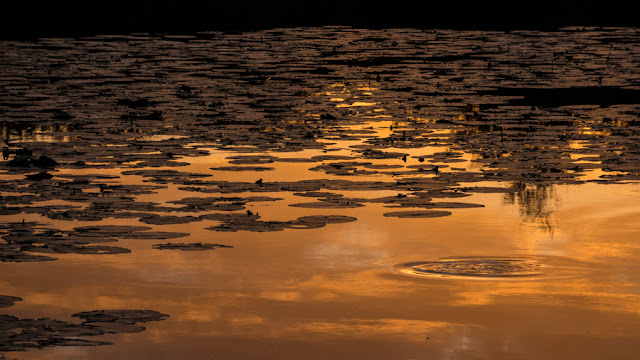