Success fuelling motivation I foolishly set out for an evening session on Monday. The wind had swung round more to the north than the west and the temperature dropped considerably since Friday. Deep down I knew I was wasting my time, more so when I decided not to fish a sheltered swim with the wind off my back. Two fleeces and my warterproofs over the top just about kept me warmish. The only good thing about the wind was that it blew the rain clouds away from me. Just as well seeing as I'd left my brolly at home.

As the sun set the skies in the west were quite dramatic, so I spent my time lying on the ground trying to get a shot of a reel silhouetted against them. It was more fun than sitting in my chair shivering! 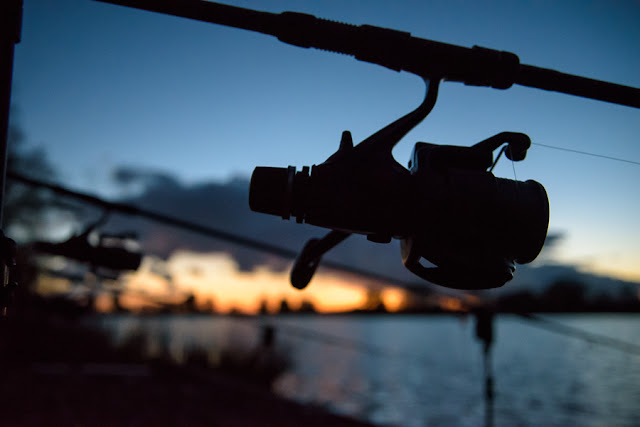 Apart from one or two roach nothing else popped its head out of the water. The place didn't look like it would throw a fish up. When it got properly dark I packed up and went home wondering why I'd bothered.

I've never been one for using back leads all that much. They've never seemed to make any difference to my catches and I always end up losing them. Recently I've been putting them to more use for fishing at close range and have been catching. This might be coincidence. I might well have caught without them. But being down to my last lead I thought I'd buy some more. That idea went out the window when I saw the price of them! Then I remembered that I had a back lead mould which I'd never used and some clips.

Not having made any leads for a while I was out of practice and had forgotten a few things I needed such as a file for taking the burrs off the cast leads. Nonetheless it only took me about half an hour to knock ten leads up and save a few quid. When I weighed them they ranged from 40g to 50g, but they're only back leads that will get lost so I couldn't care less. 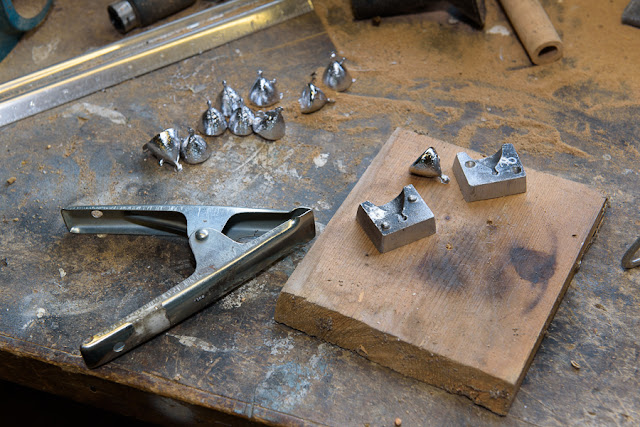 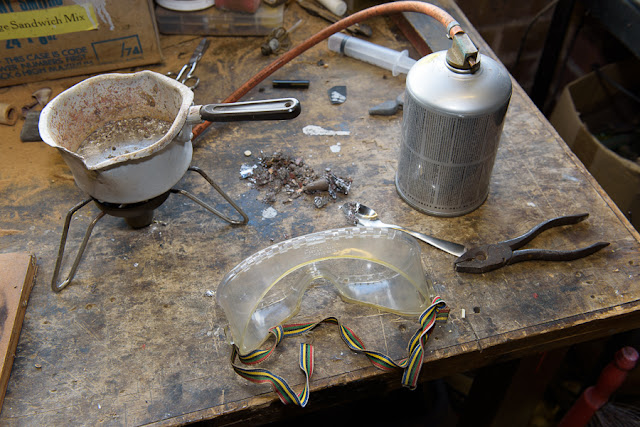 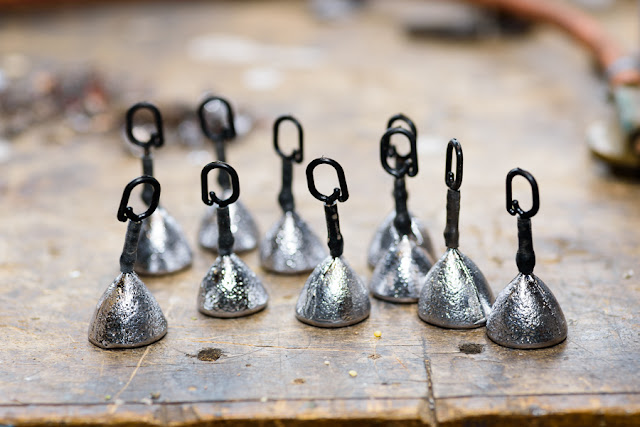