No fishing for me since the last blog post. When I have had some free time I've been photographing poultry and poultry people! Sometimes I think I've caught enough fish to satisfy me. A blogger, Eric Weight, who I have been reading for some years now has recently announced that his fishing blog is to disappear for a number of fishing reasons. One of which the pressure a blog can put on you to catch something worth writing about. I know the feeling all too well. One reason I stopped writing for Pike and Predators was that fishing sometimes felt like it was being done just to get material for articles. It gets to be a chore.

Then there's the menace of repetition. How much is there to say about fishing? Really? Not to mention the risk of being stalked on your productive waters. Do you lie about where you're fishing, or just not say anything? Saying nothing is the easiest and safest way to keep your fishing to yourself. of course that's more of a concern when you are catching big fish, or lots of fish. Thankfully these days I'm not doing either, so no one is stalking me to find out my venues! 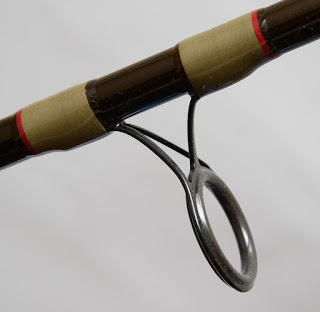 Anyway, photography and fishing have a lot in common. There's a lot of time spend not getting any decent photos just to get one good one. I have that with fish too - lots of 'dead' time. But in both cases the buzz when it does come together makes the waiting worthwhile. In terms of satisfying the soul and the intellect fishing and photography fill the same bill for me. I gave up painting after finishing college for just that reason. I made paintings because it exercised my brain and the result was satisfying in the same way that fishing is. One of them had to go and fishing is pointless - so the paint brushes were hung up for good! I doubt I'll hang my rods up permanently until I'm too knackered to use them. I might not use them as often as I have in the past though. Even so, there usually comes a time after a fishing sabatical when the stars and weather align and that urge becomes irresistible. Fishing really does get in the blood.

On the rod building front I recently sent out a pair of custom built P-1s to a customer who wanted them to look like Hardy Fibatube rods from the 1970s. Normally I hate doing 'fancy' builds, but this was a bit different. Quite a challenge to source a thread colour which, while not strictly accurate, had the period feel to it. Then there was the handle to make a pastiche of. I thought the result worked out pretty well. Thankfully my customer did too.

In my search for the thread I bought another colour which wasn't suitable, but which looks nice as a very subtle tipping to black. I might have some pictures of that in the hear future. It never ceases to amaze me the range of thread colours I have amassed since I started building rods. And still there are some I have never used! 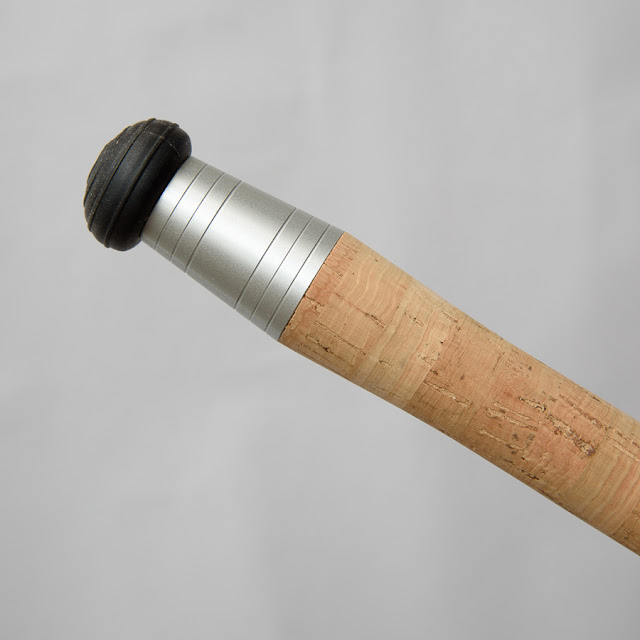