Cut down to size again

I hadn't planned to get the rods out today, but when I walked along the canal on my way home from the Post Office it looked inviting. The workload that has been conspiring with the rain of late is under control at last so I could take the afternoon off. It was tempting to go and fish the 'easy' pit, roach weren't in my mind as I had no maggots, but I thought I'd take the canal pike challenge instead.

After my last session had been hampered, at least my confidence had, by my one and a half and two ounce leads burying in the black silty leaf litter on the bottom of the canal I put some one ounce bombs in a pocket of my bunny suit. Swapping to the lighter leads did the trick. Neither leads or baits were coming back festooned in horrible gunk when I wound in for a recast or move. 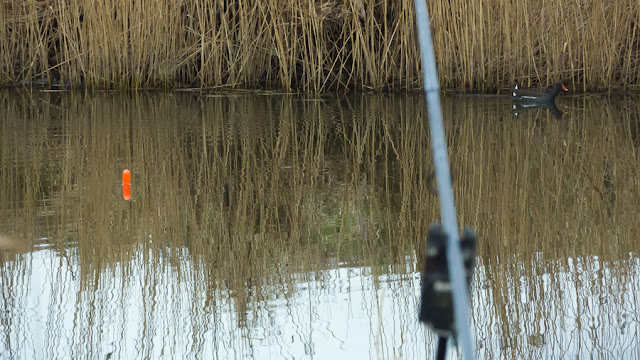 Despite the cut looking perfect in terms of colour and generally feeling 'right' I suffered another totally runless few hours. At least the dog walkers were less bothersome than last time. Although I was jumped on by an over-friendly Staffy at one point.

I'm starting to think that I ought to fish it like I did way back when - with paternostered baits instead of legered ones. The proverbially humble sprat used to catch me a few, as did dead roach. In fact when I think about it legered sea baits never did me much good in those days. A grand total of two pike have come my way from the canal on legered herring tails. That said, lamprey work everywhere. Maybe one lamprey on the bottom and a couple of paternostered baits is the way to go? I'll have one more try I think, then go and fail to catch roach. 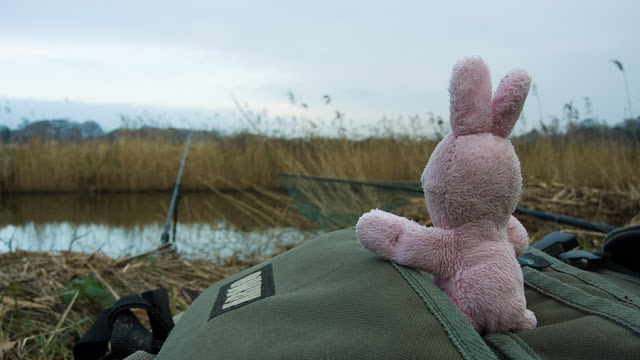