Carrying on as I left off 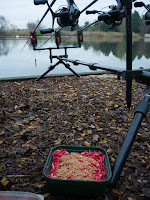 New Year's Day saw me dropping in on a couple of friends having a pike session. I hadn't planned on fishing and actually had my camera gear with me to go do some photography. But on the way back to the car one swim I'd never fished looked inviting. The afternoon was warm and not too bright so I headed home, hastily swapped cameras for rods and went back to the swim. Three hours and one move later I packed up in the drizzle and went home with nothing to show for my trouble.

Today the England cricket team were facing a humiliating draw at best in the second test in South Africa when I took the maggots I'd bought before Christmas out of the fridge for a trip to Goat Lake. The sun was shining and it felt more like spring than winter. The thought of a roving pike session didn't fill me with enthusiasm, but sitting in one place replenishing feeders into dark did. A roaching I would go.

By the time I'd marked my lines, mixed my hemp and Explosive Feeder groundbait and got all three rigs in place the sun had disappeared and the distant woods were hiding behind a blue-grey haze. 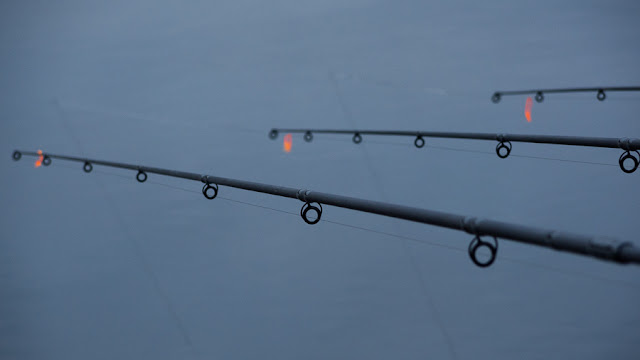 As the weather hasn't turned really cold so far this winter I opted for a not too deep spot but still I wasn't too sure on my choice of swim.When I had a couple of bites in quick succession after just twenty minutes I felt more content. It was another hour before I had a clonking drop-back to the left hand rod. Nothing was hooking itself though. Then I started brining in skins without having had a bit registered. Small roach or crap rigs? As all activity dried up I'll never know.

Although I knew it would be overload for my Avons I took my new Fox Spombalike with me to try out. It works, and will come in handy this spring for getting some tench bait out. I thought the thing looked a bit like a puffer fish. So I stuck a couple of eyes on it! 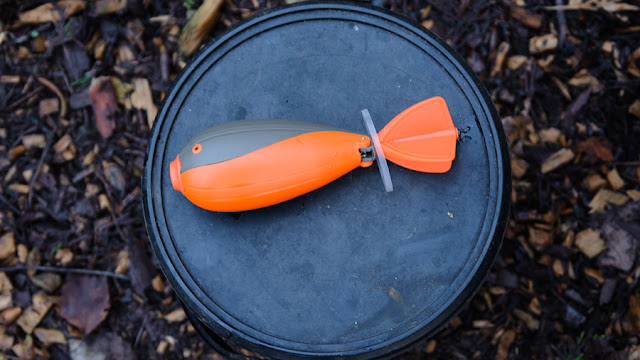 With the fish apparently having buggered off I fished about half an hour into dark. It wasn't bitter cold and I almost got the urge to do an all nighter. But when I worked out how long darkness lasts at this time of year I put my next overnight session back until April....

One problem with this place is that when the wind is in a certain direction, just as the hunger pangs kick in, the local chip shop fires up it's deep fat fryers and the scent of fish and chips blows across the water. I think that contributed to me earlier than planned departure and my stopping at the other chippy on my way home.

At least I've made a start on the roach fishing. Now I know where not to fish I can try again in another area. I'll make an earlier start next time to give me longer to get some bait down and alter one of my rigs to see if that makes a difference or not. That's my intention. There's always a chance I'll do something completely different. 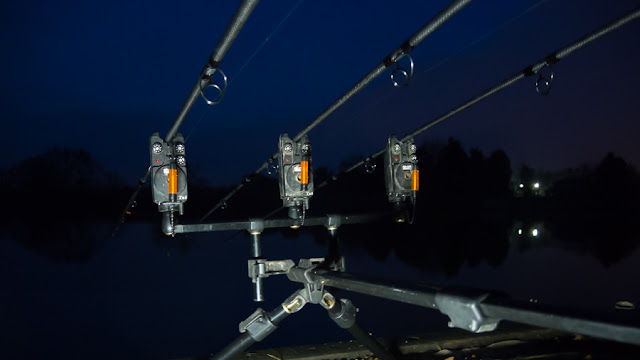