It's that pre-Christmas period when work needs to be got out of the way. Hence a lack of time to wet a line. Thursday afternoon was clear and the weather dry and mild out of the wind. I thought I'd try somewhere closer to home than usual. The canal. Three rods and work my way back to the car for the last two and a half hours of daylight. I must have been mad. It didn't take long for the first dog to appear, barking it's head off while it's owner feebly tried to call it under control. The second one was on the hunt for food in my deadbait bag. Then there was the herd of retired cagoulibeest that swept far from majestically along the towpath. What they needed maps and ski-sticks for I have no idea. Perhaps the sticks were in case they couldn't read the maps and wandered up a mountain by mistake. 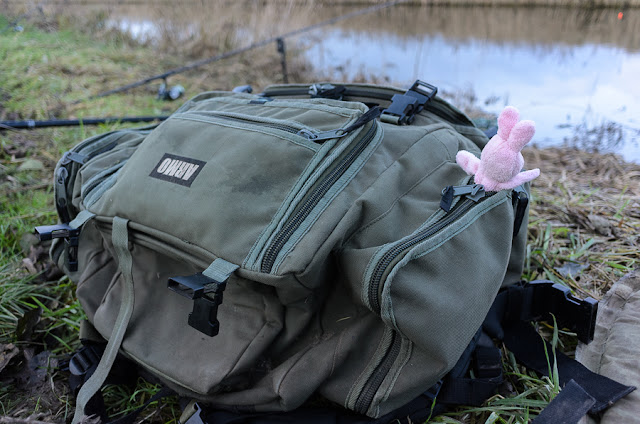 I've never had much success with deadbaits on the bottom of the canal - although others do. Which is why I made sure one was paternostered. It did me no good. Pretty much as I expected. Maybe the way to fish deads is to sit it out in one swim all day. I'll not be doing that in a hurry. Not unless I find a portable electric fence to keep the dogs away.

Despite the new hat there was a lack of pike. Pretty much what I'd expected if I'm honest. It was still a nice enough afternoon to be out, brightened by the sight of a kingfisher whizzing along the far bank reeds. I've met people who have walked along the canal for years without seeing that flash of brilliant blue, yet I have seen plenty when I've been fishing. I guess staying in one place gives you the chance for you to notice them as they fly by, while being on the move you probably spook any that are perching and they fly away from you. In my teenage years when I mostly fished for bits on the cut I had kingfishers land on my Fibatube float rod as it sat in the rests. 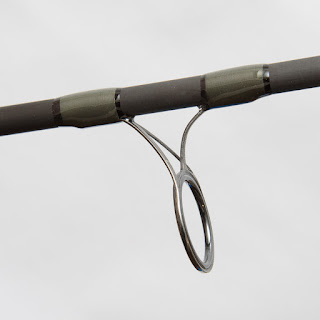 Back in the real world I got a set of Ballistas finished off. Two were complete strip and start again jobs, the third a new build to match. Cork handles with stainless trimmings were the order of the day and Kigan rings whipped in an unobtrusive colour. The request had been for grey to match the matted blanks, but I've yet to find a (supposedly) grey thread that comes close. They all end up looking darker or lighter than the blank. I therefore suggested a colour I'd found which, although more a pale olive, had a similar tone to the grey of the carbon. It turned out rather pleasingly to my eyes. And more importantly to the eyes of my customer.

More unusual builds are on the go at the moment. There's a six foot stalking rod, complete with isotope at the tip, to match one I built back in 2008, and a two piece rod in similar vein. Baitblasters with K-series guides, X-1s with woven reel seats, and a green Duellist are also on the to-do list. That should keep me from fishing much before Santa arrives.