It's been combination of work and lethargy that's been keeping me away from the water for a while. After my Railway Pond carp campaign came to a quick end I've been struggling to to find an incentive to catch fish.

There was a brief dabble at starting an evening roach campaign. Trouble was the roach didn't want to join in and I gave up after the one session. Forgetting the hemp to put in my feed didn't help my confidence and I really should have fished a spot that's produced before instead of one that has never thrown up a roach for me. 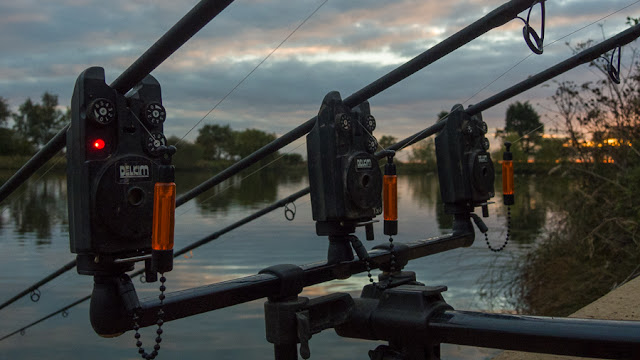 Eventually the cold turkey got too much for me and this afternoon was set fair. No rain, not too cold and not unseasonably hot. As soon as play at the test match finished for the day I was on my way to the Blue Lagoon armed with the pike rods still set up from my last session in March, and the same carrier bag of deadbaits I'd thrown in the freezer back then. There didn't seem to be much point in putting any new baits in as what was there looked good enough for three hours fishing. 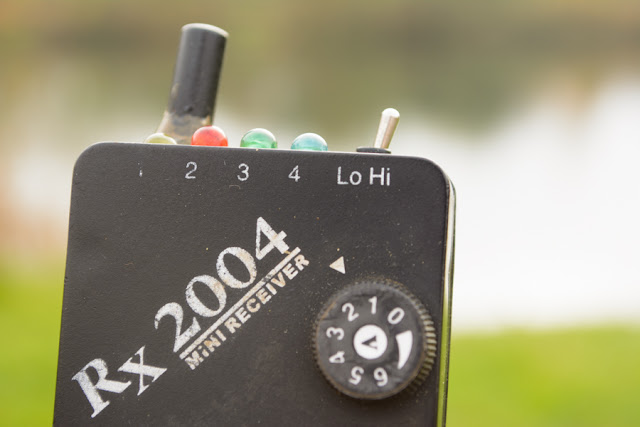 Luckily enough the swim I had last fished for pike was free. Not surprising as I couldn't see anyone else fishing! The beauty of braid is that knots don't deteriorate. The traces hadn't rusted over the summer so I hooked a bait on each one and cast them out. Jack herring to the left, a headless joey straight out on a decent chuck and a rather freezer burned lamprey tail in the right hand margin. There wasn't much avian activity. A noisy wren in the reeds was about it until a great crested grebe arrived in it's dull winter plumage matching the grey clouded sky.

I'd kept the weight down in the rucksack by leaving the flask at home and just having a bottle of water as it wasn't cold enough to need a warming brew. The quiver was similarly lightened by leaving the brolly at home. I'm sure it's those two items that weigh me down most.

After half an hour I twitched the distant bait. Fifteen minuets later I recast all three. It was only a matter of a few more minutes until I noticed the right hand rod top knock, the float bob and begin to move under the overhanging hawthorn. The baitrunner was knocked off and I wound into a pike which felt a bit like it might be a decent one, particularly when it pulled the P-5 right over. Fish always feel like they fight harder when they have enough depth to dive straight down under the rod tip rather than having to run away rom you in shallow water. 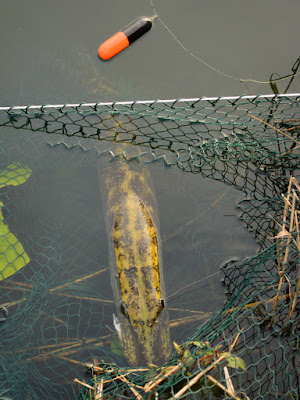 Once in the net I wasn't so sure about the size of the fish. In the sling it looked on the skinny side, managing to spin the needle round past the nine pound mark but not much further.

It was almost time for a move, so I did. The two baits which hadn't been taken were still in good enough shape and the herring again went out to my left, close in, the macky hurled as far as I could. Then I got a fresh lamprey head out and dropped that hastily in the right hand margin as something was playing with the mackerel.

By the time I picked the middle rod up the bait had been dropped. I retrieved it to find it a mangled mess. Not too mangled to use though. I found some solid flesh to stick the end treble that had come free in and belted it back out whence it came. With the float cocked and the 'runner set I wound in the lamprey to position it more to my liking. Only I had to swing it back out quickly because the macky was on the move again!

This time I connected with what felt like a small pike, and so it was. As is often the case with small pike it proved to be more trouble in the net than on the end of the line. Despite being lightly hooked the thing had to be untangled, and the trace was a mess that took some straightening out. With everything back to normal I eventually got all three baits positioned where I was happy with them.

After an hour I was contemplating a move. There wasn't much to move to and I thought the light would be gone quickly. As it turned out the light stayed good enough for another hour. I should have made that move because the floats didn't.

There are still leaves clinging to the trees that a good blow will soon shift. The lily pads are well on their way out. A flock of fieldfares flew over towards dusk. The haws on the bushes will be under attack from them soon enough round the lake. Despite it being twelve degrees it's beginning to feel like winter is on its way now. More piking, or get the roach rods back in action? Perhaps I could travel light for pike when the weather is set fair and a brolly won't be needed and go roaching when the forecast is doubtful? Or perhaps lethargy will get the better of me again!