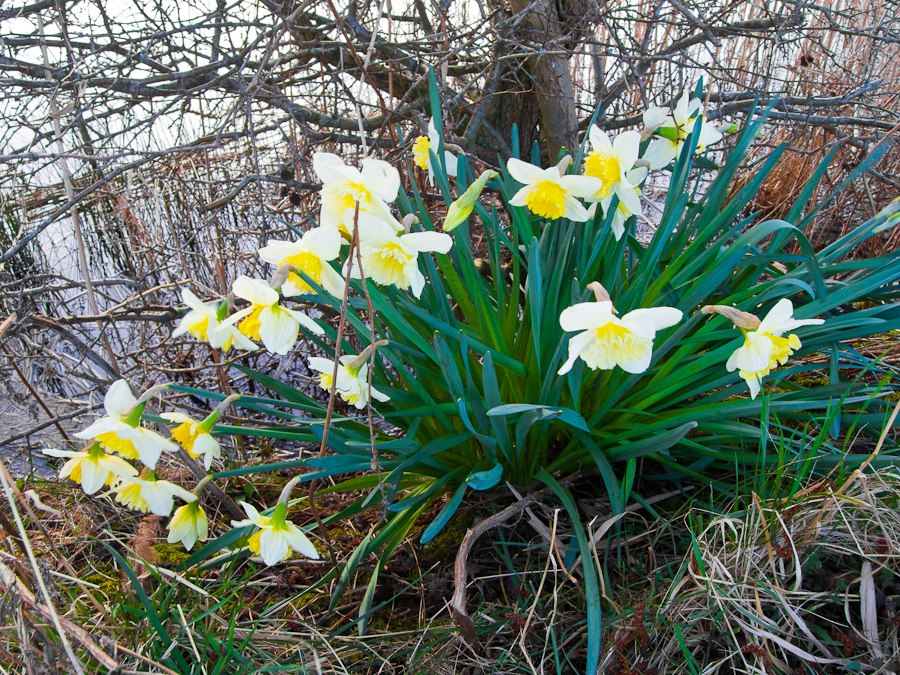 Thursday afternoon was a blank in perfect conditions. The weekend was spent otherwise engaged. Monday and Tuesday saw me busy with tasks which were neither enjoyable nor financially productive. Today saw a long awaited delivery of blanks arrive on a glorious morning. By four in the afternoon glues were drying and was twiddling my thumbs until I could stand it no longer. That strange autopilot kicked in and I found myself getting baits from the freezer and putting rods in the car.

As if in a trance I was soon reversing the car loading process to the sound of two male chaffinches trying to outdo each other in song. Nearing the swim I had in mind I heard the incessant chiffing and chaffing of the my first summer migrant. It had just turned four forty-five when the first lamprey head splashed down and I tightened the line to cock the float. A few seconds later the second lamprey head was in position to the right.

There was a stiff, but warm, breeze blowing off my back ruffling the water. Reed buntings were audible but invisible, great tits were chinking in the distance. Early spring doesn't look much different to late winter. The trees are still mostly bare, a few tentative green buds breaking open on the willows, the reeds still dry and straw-like, no weed evident on the water's surface. The wind may be warm but the bunny suit is still required as dusk closes in. In our imaginationst spring is almost as warm as summer. In reality it's almost as cold as winter!

After thirty-five minutes the left hand float dipped from sight and line ticked off the baitrunner. It was still peeling steadily when I picked the rod up and wound down. I felt a bump and that was it. I chopped the lamprey head down and recast it. At the second attempt it hit the spot. I moved the other bait to the left-hand margin. That being a signal for a pike to strike in the spot I'd moved it from...

The biggest difference between winter and spring is the number of hours of daylight. By now I'd have been on my way home in mid-winter. There was still over an hour and half of daylight left. Over an hour and a half of pike catching time. I hoped the first fish might come back, that the jack which had struck might not have been satiated. It was not to be. I was glad of my head torch on the way back to the car as it allowed me to see, and avoid squashing, toads making their way to the water. Spring is here. I'll try to have at least one more crack at the pike before digging out the plastic casters and grains of plastic corn. But first there's work to do. 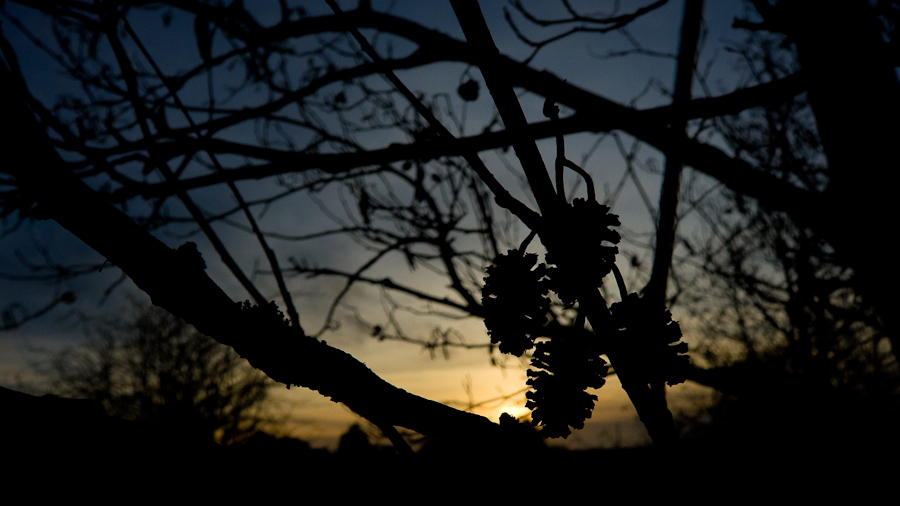