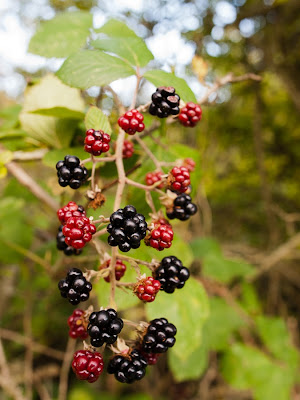 Last week was taken up almost entirely by sorting stuff out for the PAC show, leaving next to no time for fishing. I eventually snapped on Friday afternoon and took the maggots, which were by then half casters, I'd bought on the Monday for a few hours roach fishing.

This went quite well. I started out with one maggot and one groundbait feeder fishing mini-helicopter rigs with single red maggots on the hooks. The third rod fished a groundbait feeder on a similar rig but with a pellet on the hair.

It soon became apparent that, as last winter, the groundbait feeder produced more bites than the blockend. This was duly noted for future sessions as this was just a short preliminary trip to blow the cobwebs out.

There were plenty of bites to be had but many were abortive, a few fish were bumped. All were either a couple of ounces or twice that - as if there were two shoals mooching over the bait.

I'd planned to leave well before dark in order to finish getting stuff ready for the early start on Saturday. With the pellet rod packed away I hooked a better fish on the left hand maggot rod, a roach of maybe half a pound, when then other rod was in action. This was back to the smaller fish. With that I packed up completely and headed for home with the sun still (just) above the horizon. 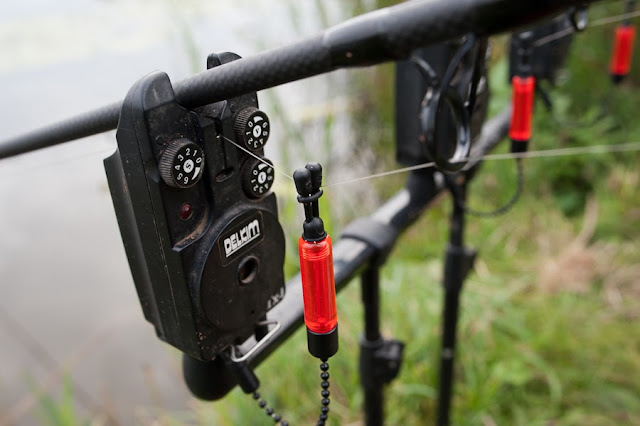 I'd made the change to the clips on my Fox bobbins prior to this session. The old style clips are much easier to attach to fine lines. The short chains hamper clipping the bobbins on though, so longer ones will have to be acquired.

Preparing well in advance for the show (for a change) made a difference and setting up went smoothly. As ever the day seems to be as much about catching up with people you only see once a year. I managed to sell a couple of the rods I'd built up for the show in addition to taking orders that will keep me busy next week. Typical that there's some fine weather holding for the next few days! The other rods I'd got ready will be listed on my website in due course.

As the late blackberries suggest, autumn is well under way now. The willow leaves are starting to carpet the banks, the evening air is chillier even when it's t-shirt weather through the middle of the day, and the PAC show is over for another year. It might soon be time to get the pike rods out again. If I'm not distracted by roach like I was last winter.