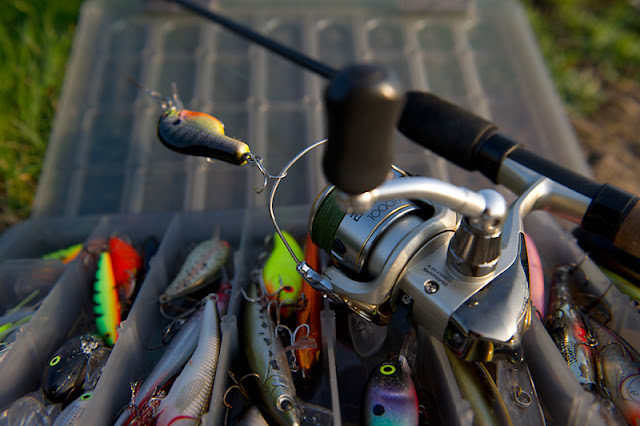 Now the clocks have altered it's easier to nip out for an hour or two after tea, particularly when the weather is as summery as it is at the moment. Quite what came over me yesterday I don't know but I dug out my perch lures and headed for the canal.

After ten minutes I was a bit bored and started fishing for pike. After an hour I'd had one take from a micro pike that did that slow flexing thing pike sometimes do when they grab a lure under the rod tip and worked its way free.

That was shortly after I had the strange experience of being watched intently by a three-legged ginger kitten, all wide-eyed and wondering watching my lure fly across the cut.

Although daytime temperatures are ridiculously high they soon plummet as the sun sets with the high pressure bringing clear skies. After an hour and  half I gave up, thinking it might be worth clearing some free time to go camp by a tench lake soon.