When the wind's in the east

It seemed like a simple plan. Nip down the canal around six in the evening. Sprinkle in a few maggots. Catch a couple of tiny roach. Chop them in half and freeline them in the margins for eels. After all it is May and it's unseasonably warm so both the small fish and the eels should be active. It used to work thirty years ago... 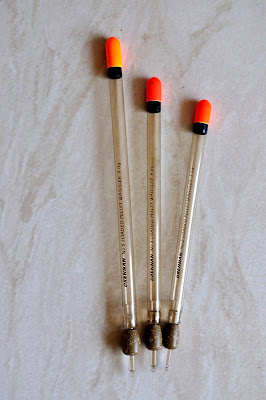 What I didn't factor in to my equation for success was the biting easterly that had been blowing for at least three days. And boy was it strong. The first problem was that it made feeding the maggots tight to the far bank stick ups troublesome. Then there was the small matter of casting a light waggler accurately.

After just a few casts I swapped the slim tipped float for a weighted pellet waggler. Perhaps not the expected choice for canal fishing, but these fat stemmed, dumpy tipped, almost-self-cockers are very similar to a float I made in my teens - one which was designed by some crack canal angler in the days before pole fishing was the only way to tackle canals.

My float was made from a length of pithy peacock quill chopped and pushed into the hollow the 'root' end of the quill - the hollow bit being weighted with dust shot, and the float trimmed until it dotted down with just a couple of number six shot on the line. The plastic pellet wagglers do just the same job. What these floats allow you to do is cast easily, especially when it's windy, but fish with a light end tackle.

It wasn't long after the changeover that I started to get bites. I was missing them because of the bow formed in the line by the wind. When I did connect the hybrid was too big for eel bait. 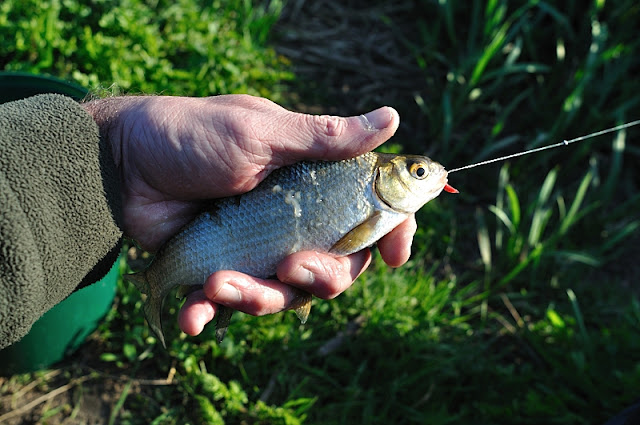 The next two bites produced fish that were spot on. The fourth resulted in a fish that was too big to risk swinging to hand, but not huge by anyone's measure. So I put the rod down, assembled the landing net, and picked the rod back up! 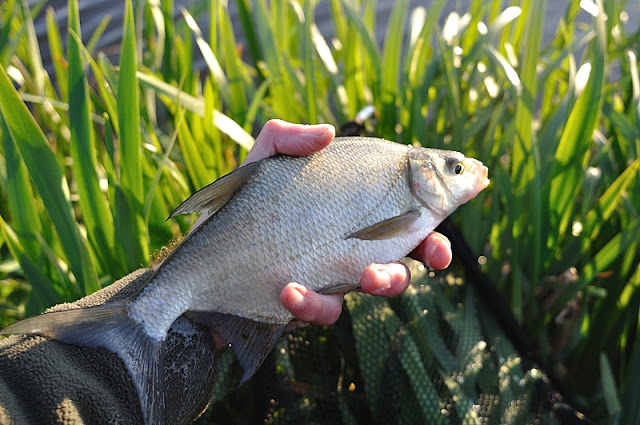 That fish was my signal to set the eel rods up. I sat back and waited. And grew colder. If the wind had dropped as fast as the sun did below the rise in the ground that acted as the horizon I'm sure I would have felt warmer. As it was I just couldn't face the chill. I'm getting impatient in my old age. If things aren't the way I want them to be I give up. My excuse was that the easterly would have put the eels off... 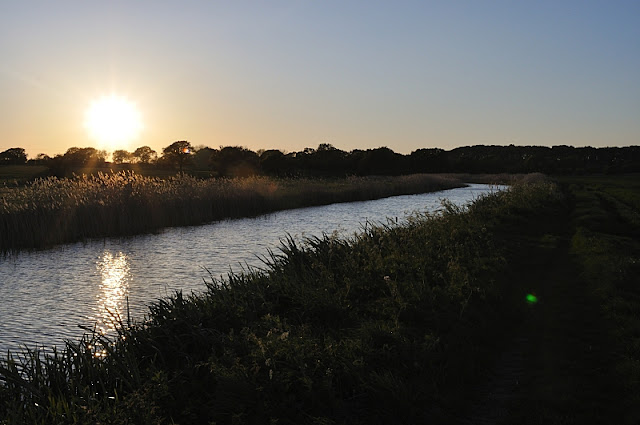 In its way it had been an enjoyable couple of hours. The simple pleasure of watching a float submerge was enough to make it worthwhile. Summer is certainly on its way. Sedge warblers were making their incessant chatter in the reeds, reed buntings flitting about, swallows swooping in the evening light. If only that wind had abated it would have been idyllic watching the light fade to dark while waiting for the line to peel from the spool at a rate of knots.